The No-Input Mixing technique turns any regular mixer into an instrument which generates sound by connecting the output of a mixer into one of its inputs, resulting in a feedback loop which can be played and controlled using the mixer’s knobs, faders and routing options.

You’re not supposed to connect the output of a mixing board to its input. “You might see a caution notice in a manual for a mixer if you buy one, saying ‘This might cause feedback,’” says Toshimaru Nakamura, one of Japan’s leading experimental musicians. “Feedback is probably something sound technicians want to avoid, but it sometimes makes musicians happy and excited. So, I did what the manual says not to do.” Nakamura found that after rerouting the signal back into the mixer, the resulting feedback could be controlled with its knobs and faders. In doing so, Nakamura created the no-input mixing board, an instrument that has been deployed worldwide in experimental circles. 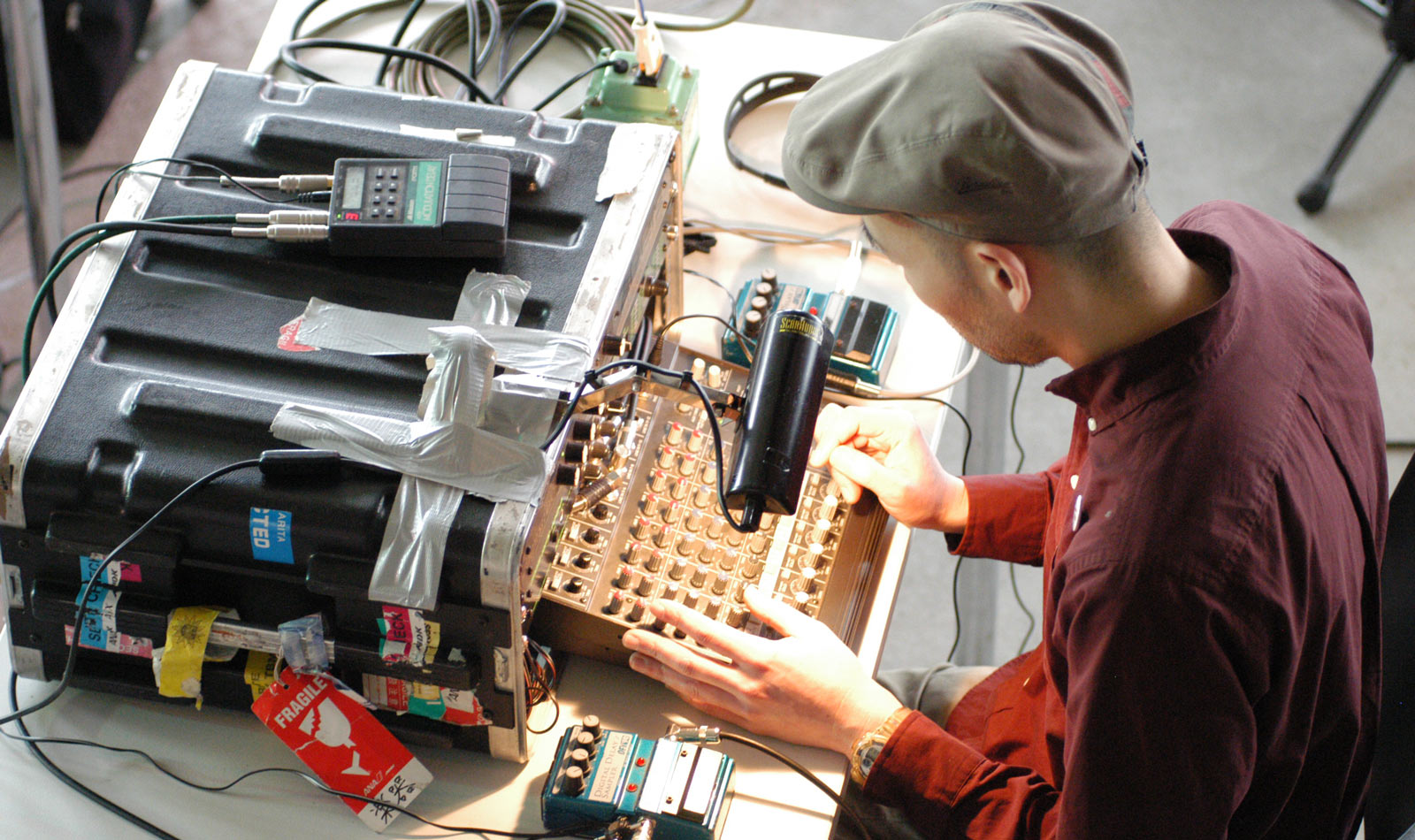 These great videos of Sarah Belle Reid is an introduction to no input mixing and a basic patch tutorial, and also an overview at four different mixers to see how they respond to no-input mixer feedback patching, and what kinds of sounds we can get out of them.

Turn Any Mixer Into An Experimental Sound Machine. Great No Input Mixer Board Tutorial from The Sound Test Room. Also he has great demos and reviews a lot of iOS music apps.

The idea of No-Input Mixing may appear at first difficult to understand, after all there is no input, yet artists, performers and sound designers have used a variety of approaches using such feedback systems to create music. This paper uses ethnographic approaches to start to understand the methods that people employ when using no-input systems, and in so doing tries to make the invisible, visible.

>>> ResearchGate: Alan Chamberlain (University of Nottingham) - Surfing with sound: an ethnography of the art of no-input mixing (PDF).


You might also be interested in generative musical ideas based on feedback in an app that uses its own output as input to modify and recombine it into endlessly changing sound patterns.

This is not like analog feedback when positive loop gain occurs at some more or less stable resonant frequency. It looks more like fractals when the next level is similar to the whole structure, but in this case with constantly changes. We can say that it works like a sound structure that evolves and changes itself. This is an incredible ability to create perfect sound abstractions, unrelated to any external samples or signals and it opens up a huge potential for experimentation and inspiration.

Feedback is arguably the most exciting feature of this app. Whether you're experimenting with sound, creating sound abstractions and patterns, or looking for new ideas, the BeatCutter app is simply worth a try because of this feature.

Using feedback, this app creates very complex sound structures, in principle, without being able to generate sound. Any synth or other electronic instrument that generates a unique sound relies on appropriate algorithms or circuit design to determine how this sound will be generated. But the BeatCutter does not have any algorithms that define how the sound will be created, it just modifies parts of the signal over a period of time and does not have any internal or external signal sources. The result is a perfect abstraction of the highest level. In most cases, non-repetitive and endless.