IPAD APP CAFE: I Am a Noisey Person!

In dealing with the title of today’s blog post, I am reporting on the results of an experiment I performed with DRC Polyphonic Synthesizer, AUM and FieldScaper. For the uninitiated, AUM is a utility app that allows you to use and mix several apps and effects. I have previously covered AUM in another post. Likewise, FieldScaper is a field recording/audio-mangling app, also covered by a previous post(feel free to look through the archives). New to the table is DRC polyphonic Synthesizer. DRC is a free app that models an analog polyphonic synth, utilizing two oscillators, a sub oscillator, ring modulation and noise. It has all the usual accoutrements (filter, envelope generator, et al) and an effects section. What’s interesting to note is that the delay and reverb on board can be modulated by an LFO. Because of this feature, I began my sonic brew. 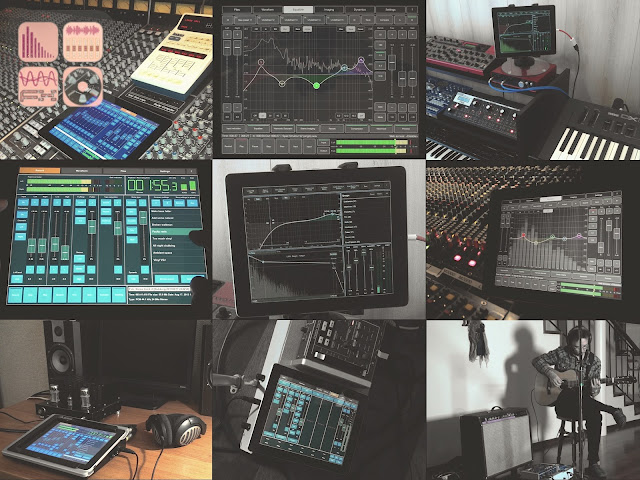 The first fully functional audio mastering application with professional quality delivers an unprecedented level of clarity, punch and warmth to your mix. Buy it on App Store >>>

The realistic sound of famous reverb gears for your iPad and iPhone! Buy it on App Store >>>

Tape simulation recorder, player and effect for Inter-App Audio and Audiobus. Buy it on App Store >>>

Multipurpose effect processor for guitar, synthesizer and voice, providing a wide range of high-quality and creative effects options for audio processing. Buy it on App Store >>> 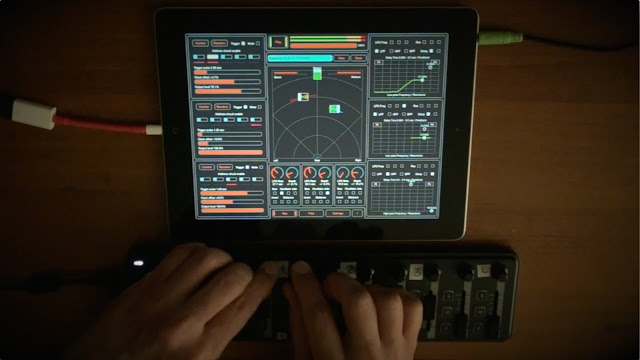 And then after those updates will be added a completely new control tool that opens for SoundScaper new dimension of composing and performing. But more about this feature a bit later :)

This album was compiled from original tracks of my video demos recorded at live performance on analogue tape on Sony TC-510-2 Tapecorder without mixing and post processing. In videos were used others copies that were processed especially for these videos. Although video don't have name of tracks but these tracks were created as single compositions previously and were used in demos.

These compositions assembled from pieces of real world sounds and fictional samples convey a sense an illusion of reality also as in these compositions usual sounds become something completely different and create another reality.

These compositions are sound art that I create basically with use two my applications SoundScaper and FieldScaper. But also I use many other audio equipments for creating original samples that I use further in these apps.